What Tarot Card are You

I took the test and had the following result:

You are The Magician

Eleoquent and charismatic both verbally and in writing,
you are clever, witty, inventive and persuasive.

The Magician is the male power of creation, creation by willpower and desire. In that ancient sense, it is the ability to make things so just by speaking them aloud. Reflecting this is the fact that the Magician is represented by Mercury. He represents the gift of tongues, a smooth talker, a salesman. Also clever with the slight of hand and a medicine man - either a real doctor or someone trying to sell you snake oil.

What Tarot Card are You?
Take the Test to Find Out.
Atomm
Posted by Atomm Agramma at 14:56 No comments:

Email ThisBlogThis!Share to TwitterShare to FacebookShare to Pinterest
Labels: tarot

There's a lot more to tinned tuna than just the fish inside the can. It could also have caused the deaths of sharks and turtles, and possibly dolphins. But there are ways to catch tuna without endangering other, already vulnerable marine species.
Posted by Atomm Agramma at 09:20 No comments:

Email ThisBlogThis!Share to TwitterShare to FacebookShare to Pinterest
Labels: tuna

Posted by Atomm Agramma at 14:21 No comments:

The Great Beast Speaks of the meaning of the Pentagram, The pentagram is not a symbol of devil worship (it only became so after Levi famously inverted it - duality).

Posted by Atomm Agramma at 14:30 No comments: 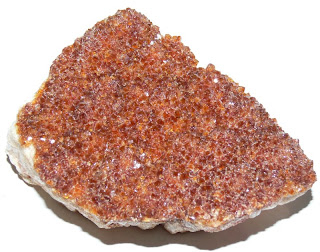 A yellow-orange variety of Quartz.
Physical Properties of Citrine Lustre:Vitreous
Colour:Yellow - Orange
Hardness (Mohs):7
Crystallography of Citrine Crystal System:Trigonal
Information Health Warning:Citrine is a variety of quartz which is usually quite harmless unless broken or powdered. Broken crystals and masses may have razor-sharp edges that can easily cut skin and flesh. Handle with care. Do not grind dry since long-term exposure to finely ground powder may lead to silicosis.
Posted by Atomm Agramma at 01:55 No comments: