Beer - Is that a medicine after all?

Beer is used for preventing diseases of the heart and circulatory system, including coronary heart disease, “hardening of the arteries” (atherosclerosis), heart failure, heart attack, and stroke. It is also used to reduce the chance of death from heart attack and from another heart condition called ischemic left ventricular (LV) dysfunction. 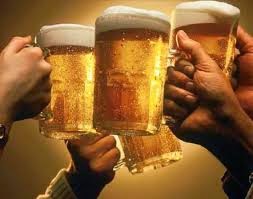 Beer is also used for preventing decline of thinking skills in later life,

Some people use beer to stimulate the appetite and digestion, and to increase the flow of breast milk.

How does it work?

Beer is thought to help prevent heart disease by increasing high-density lipoprotein (HDL), also known as "good cholesterol." Also, the vitamin B6 (pyridoxine) contained in beer can help lower homocysteine levels, a chemical considered to be one of the risk factors for heart disease.