Stonehenge - the temple of Avalon

The south west of England is quite a magical corner. Near Glastonbury you can find a hill called Glastonbury Tor, once the mysterious isle of Avalon, topped by St Michael's Tower. The myths associated with Glastonbury Tor are extraordinary. It has been called a magic mountain, a faeries' glass hill, a Grail castle, an Arthurian hill-fort and much more. There is also the saying that if a rainbow is seen over the Tor, someone has seen the Holy Grail. 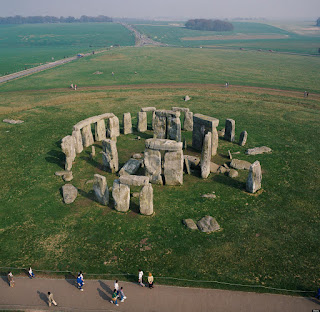 And then there is Stonehenge, a massive circle of standing stones weighing up to 50 tons each, erected about 4,500 years ago and earthworks in the middle of a green field what is now in the south west of England. These stones have seen many races rise and countless kingdoms fall since an ancient civilisation raised this broken ring of huge, massive and roughly rectangular stones in a field in what is now Wiltshire.

Wild theories about this monument have persisted since the Middle Ages, with 12th-century myths crediting the wizard Merlin with constructing the site. The Welsh cleric Geoffrey of Monmouth wrote in the Middle Ages about it, probable mixing facts and legends of ancient times in his report.
More recently, UFO believers have spun theories about ancient aliens and spacecraft landing pads.
This prehistoric site has been of great interest also for archaeologists. And it was quite recently that they made stunning discoveries. This was made possible by using ground-penetrating radar, laser scanners and magnetometers developed by engineers at the Ludwig Boltzmann Institute in Vienna.
And the new finding won by these new technologies radically changes our view of Stonehenge," said Vince Gaffney, head of the Stonehenge Hidden Landscapes Project at Birmingham University. "In the past we had this idea that Stonehenge was standing in splendid isolation, but it wasn't … it's absolutely huge." In fact is was surrounded by a huge infrastructure including chapels.
“The project has revealed that the area around Stonehenge is teeming with previously unseen
archaeology and that the application of new technology can transform how archaeologists and the wider public understand one of the best-studied landscapes on Earth," he added.
It turns out that Stonehenge was a kind of prehistoric Mecca, having an infrastructure around the site catering for masses of pilgrims coming not only from the British Isles but from far beyond it.
While Stonehenge is still an awe-inspiring sight for us today, it was much more so at the height of its glory at a time of humble and simple wooden dwellings. It would have evoked gasps of wonder and admiration from visitors from all over the known world who would have been drawn to it as a Temple and a unique Centre of Excellence. It was also surely a place of healing.
For sure the Stone Age Architects who built Stonehenge must have been very knowledgeable, considering the fact that at that time in Britain neither the wheel was invented nor even Bronze tools were used as the Bronze age begun only 2,000 BC, hundreds of years later.

The ancient builders of this monument deliberately orientated and planned Stonehenge so that on midsummer's morning the sun rose directly over the Heel Stone and the first rays shone intro the centre of the monument between the open arms of the horseshoe arrangement. 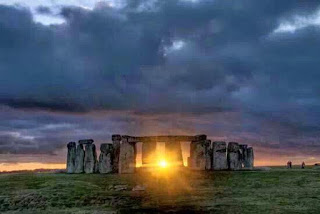 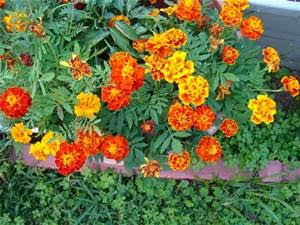 Uses of Calendula
Herbal tea – The dried petals of the flower could be prepared just as one herbal tea and taken internally for the treatment of arteriosclerosis as well as varicose veins, therefore enhancing the circulation of blood. Since calendula tea is well accepted, it may be securely taken like a everyday drink. Two cups each day currently have a precautionary effect. Consuming calendula tea may also eradicate parasites as well as arthritis. Prepare just like normal tea or even refer to the instructions within the package.
Tincture – It’s simple to create a calendula tincture in your own home by simply including 15 grams of fresh petals of the flowers from your garden to 100 milliliters of vodka, allowing it to stand for Ten days, then siphoning it off. However, it’s safer to buy a quality brand tincture at the local health store which warranties the appropriate effectiveness. Calendula tincture, diluted in four parts of water, is extremely useful in creating a compress for open as well as poor healing injuries. You are able to deal with insect stings, mycosis (nail fungus), all the other skin irritations as well as inflammations by frequently dabbing a tincture-soaked cotton wad around the affected region.
Cream – Skin creams within the cosmetic market field now include calendula more frequently than in the past. But you’ll find unique creams having a greater power of calendula for natural skin care within nutrition stores. Even baby creams as well as soaps consist of calendula. If you’d prefer stunning skin, your best choice when it comes to ingredients needs to be calendula cream. It’s additionally good for rough hands as well as finger nails. 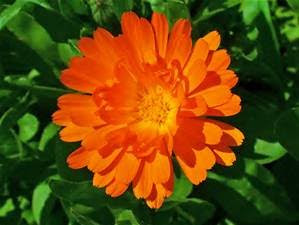 Ointment – From the healing perspective, calendula is definitely the queen of all ointments. It’s the most favored of all calendula preparations and it has probably the most persuading outcomes. It is really an extremely flexible medicine and is also great for dealing with wounds, skin cancer, burns as well as bedsores. The cream quickly calms pain, is incredibly simple to apply, and there aren’t any limitations whatsoever to it’s used in terms of tolerability or even unwanted side-effects.
Calendula sap -Calendula sap, which is extracted from the stem, is most respected to be a highly effective callus cleaner. In these instances, Calendula sap is immediately used on calluses, corns as well as warts. Calendula has been proven to assist in preventing dermatitis or even skin inflammation in breast cancer sufferers throughout radiotherapy.
Calendula extract toothpaste -Calendula extract toothpaste have been suggested just as one adjunctive process efficient for the enhancement of gingival inflammation whilst Calendula officinalis might be a possible therapy in cases of inflammation as well as cracking of the lips. Calendula Lotion offers an instant rejuvenating, calming as well as moisturizing impact on chafed, burned, or sensitive skin.
Whenever taken internally, Calendula is considered to boost bile production (to assist the liver), help digestion of food, and reduce unwanted gas. Calendula tea can be used a remedy for nausea, headache, fever and menstrual cramps.
Side effects of calendula. Special Precautions & Warnings:

Surgery: Calendula might cause too much drowsiness if combined with medications used during and after surgery. Stop taking calendula at least 2 weeks before a scheduled surgery.
(inspired by HealthBenefitstimes.com)

Posted by Atomm Agramma at 04:43 No comments: